Loading the attribute list into the property editor was a performance surprice – it is slow and noticeable at already ca 10 attributes. I am fully aware that IO between CPU and GPU is a weak point in performance using GPU technology, but this one is rediculous. I started having similar problems on QML with ca 1000 entries in a table. QML is a little faster than WPF due to the difference between C++/V8 and C#, but not that much faster – so something is wrong in my coding here. I will figure it out.

Debugging these things is a bitch, but what I usually do is to start adding counters to see how many times functions are called – and if you get an insane number of calls on a function you usually have the answer. You can also use profilers, but I must admit I have never been good with those.

WPF/QML/Avalonia is capable of Oscilloscope plots that require an insane IO, so this is not a real limit – it is just a trick or bug I don’t understand yet. This is the first time I have a performance issue at all with WPF, so it will be interesting to find out where the bug is. 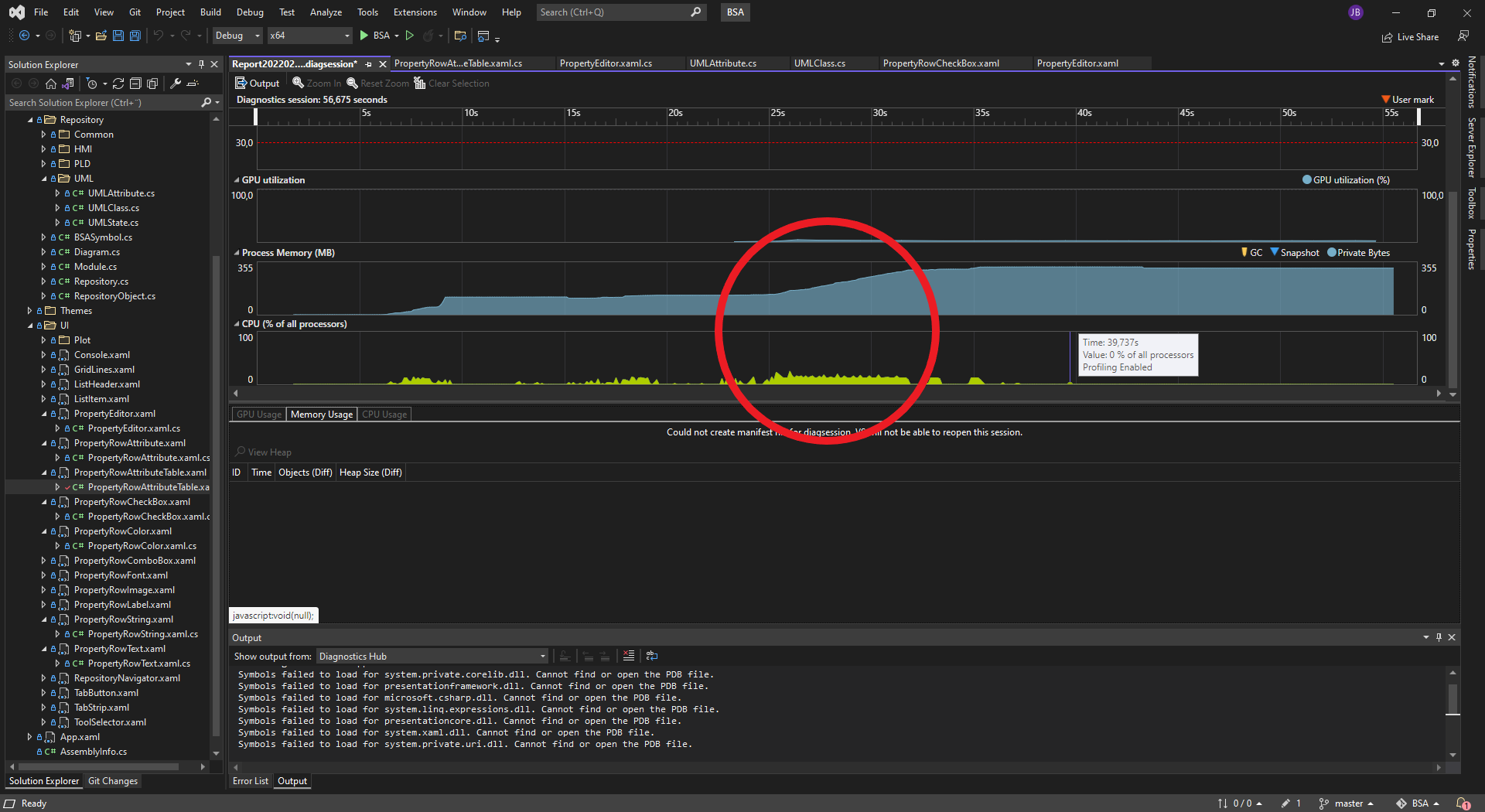 The screenshot above is Visual Studio profiler and the red circle show the problem. This is the first time I use this. You see that GPU performance is low and BSA feels very alive once the editor is set. But notice the increase in memory usage – this was some 20 attributes on a single class creating an insane memory usage. And huge amounts of memory allocations will create CPU usage that can explain what I see. For 20 or so attributes we talk around 200 Mb indicating that each attribute require 10Mb – no way – I am doing something very funny here.

A quick analyze shows that it is my property editor that is the problem – it allocates an insane amount of memory for each row … hmmm. What I have done is a simple tree of stacked objects – stupid, fast coding – it works well from a functional view, but obviously not from a performance perspective – yet.

Further analyze shows that yes I do call functions that clear and recreate UIControl children and the Clear() function never release the previous memory. This is not my property editor as such it is my usage of “UserControl” in general … hmm interesting … stay tuned I will find a solution to this.