The nice thing about KiCAD is that you find free 3D models for almost every package. Imported a Step file from GrabCAD, made my own footprint and voila. It is a bit space between the PCB’s as the header is not showing, but it gives a good impression of the result. If I want to use the space below the W5500 mini module I basically need to use the back side. In short I can probably add some optinal stuff here like SPI Flash and a serial port tranceiver. 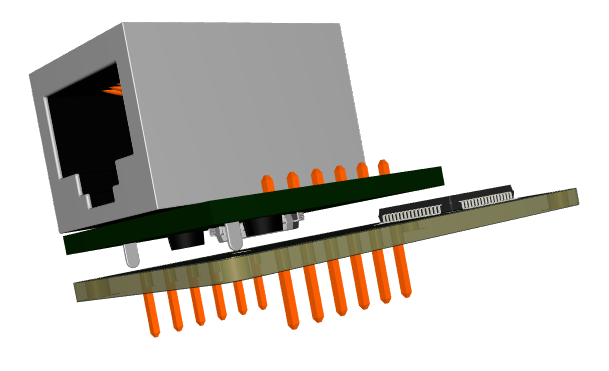 This is with a LQFP64 version of STM32G491, so it will be tight. But, I have 20 of these and are unable to get hold of the smaller LQFP48 so I want to make an attempt at least. Would be nice to assemble these before x-mas. Give me a few hours and I will have the full module. 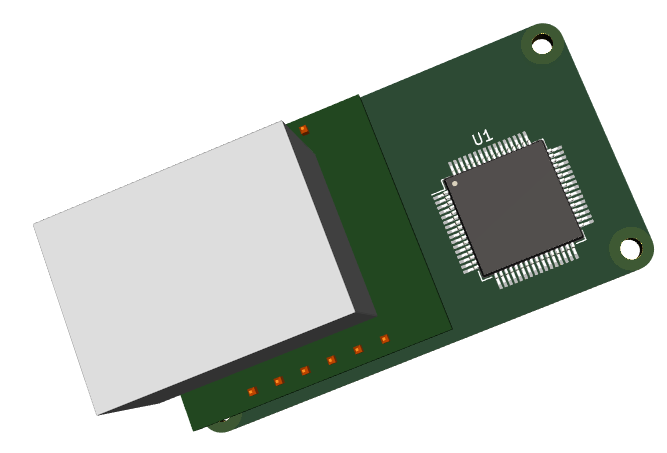 It’s been a while since I used KiCAD, but the interface have improved and it is nice to see that KiCAD more and more is on the list that is supported by vendors.