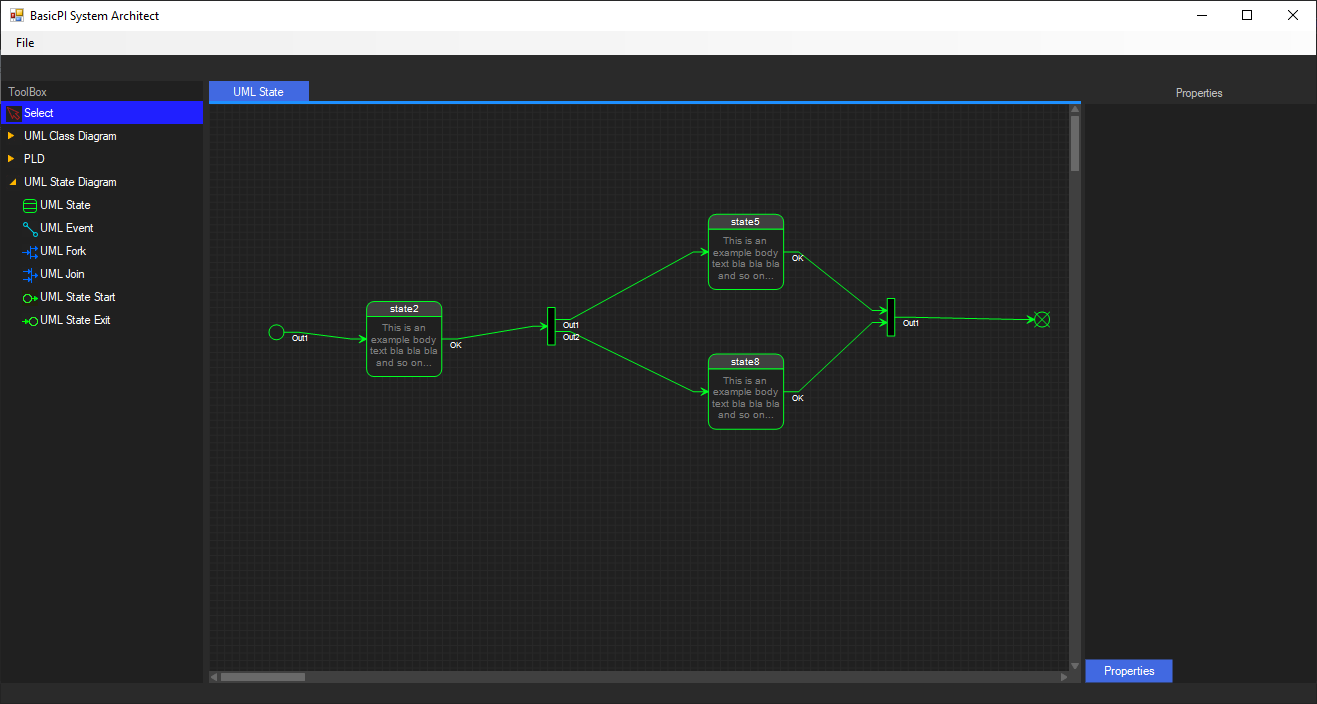 Just showing a rude alpha version of the designer – I have yet to settle for a name I like. Notice the scroll bars on the diagram. Modifying Windows Scrollbar to dark theme is actually a bit of work.

Windows Controls always leave out a few bits you can’t control per application, so getting a dark theme is actually a lot of work. You basically have to take over ownership of all common controls and draw them yourself. But, for ScrollBar’s that was not an option as Paint was not called – I had to make my own from scratch.

I tried the same with the Windows Property Editor and it became so ugly that I decided to make my own here as well. But, a property editor on top of being forced to redo all common components are not so bad. And, yes it would have been less work to forget about dark theme for now, but I need to develope a proper dark theme anyway.

The designer include UML Class Diagram, Plain Logic Diagram and UML State Diagram so far. I intend to add a HMI Designer as well as a Proper Code Editor – the later is basically available for free as 3rd part component.

A lot of the work here is experimental, so I have to adapt as I go. PLD is a mature concept and UML Class Diagrams the same, but coding with UML State Diagrams is a bit new. As mentioned before it actually fit well together with source code or PLD.

And yes – it’s many errors in the visual diagram yet…

The concept here is that I will build a library to go on each embedded platform and then generate code towards that platform.

One important feature is that you can manually add support for existing code/source libraries. I might write an import for this, but the first version will be to define library interfaces in XML.