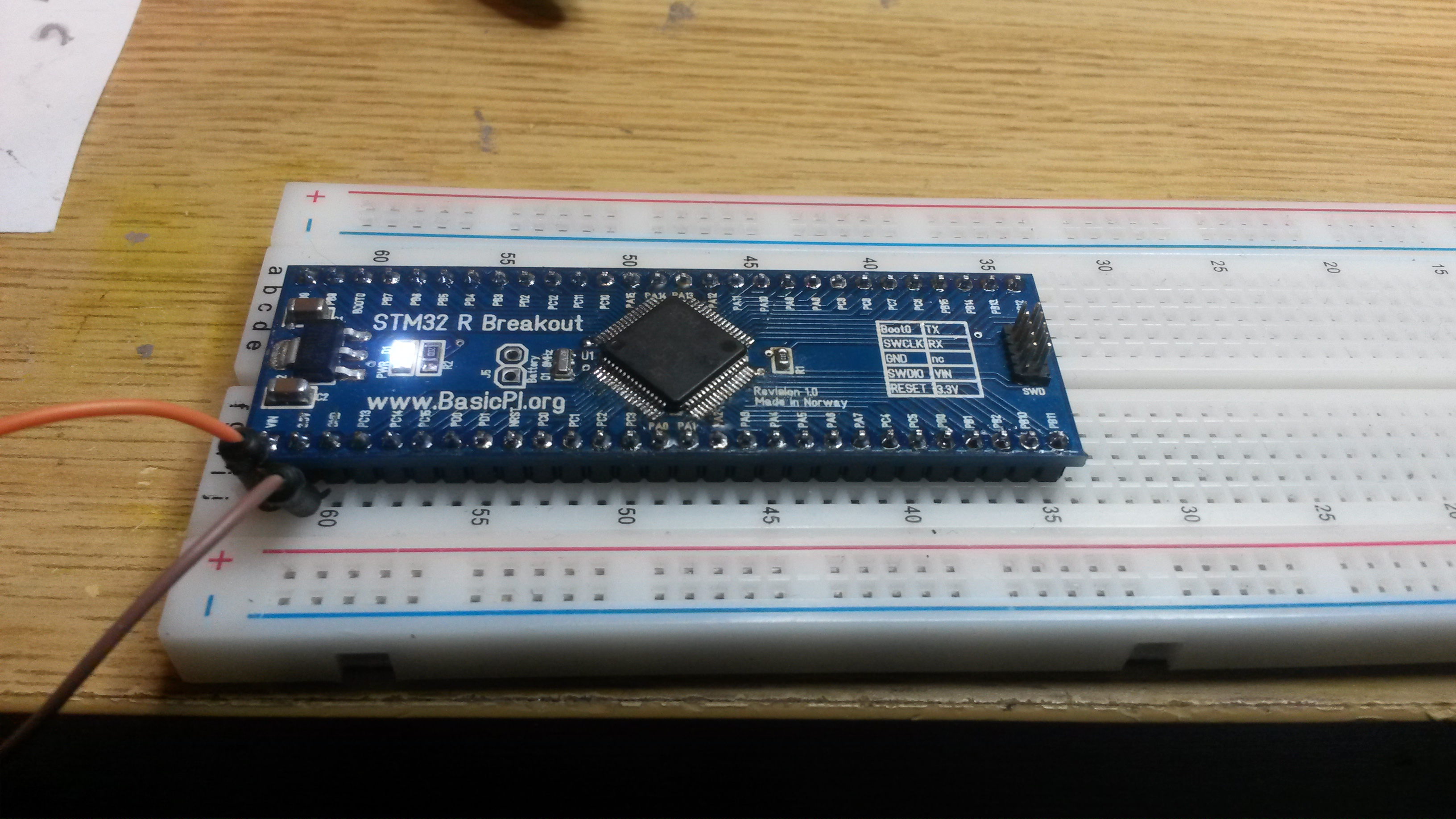 I was very annoyed as I got this one because I realized I had sent in revision 1.0 while I already had made a revision 1.1. Not that it mattered much – it did it’s job. This one is mounted with STM32F105RB. The new one have a few more leds – correct some markings and width + I will add vcap’s. The design of this carefully so all pins are available – I will add jumper for the internal leds. It also uses our standard SWD connector.

Just for the record, you do not need to add the SWD connector – use a SWD adapter with male connections and just press them down the holes – it allow you to program the boards without adding a connector – quite handy for later production.