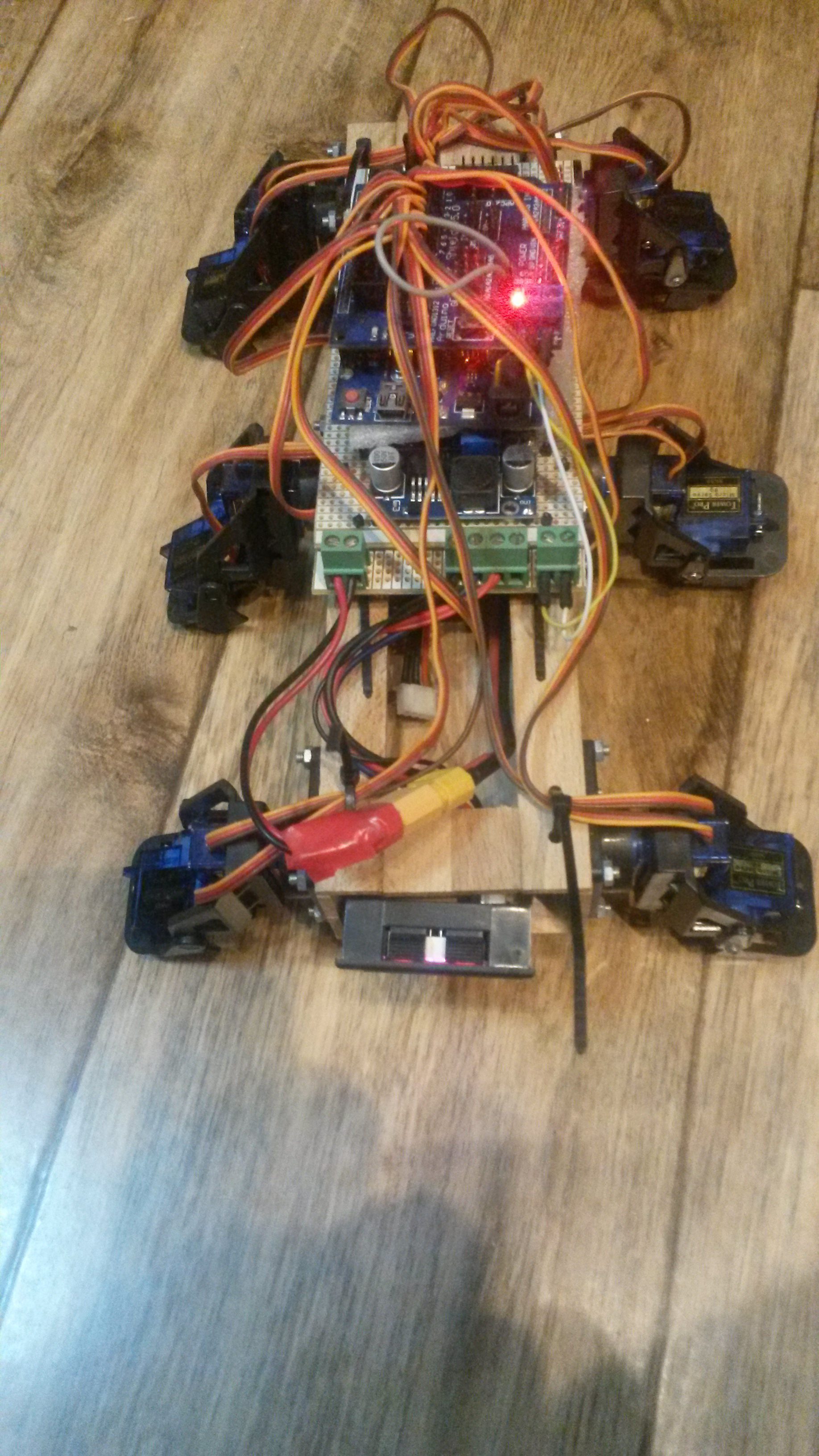 This robot prototype uses a simple wooden box as body and 6 pan&tilt camera holders with  a total of 12 servos to move around. The picture is a prototype to test the concept. I initially used a 5.2Ah LIPO but the total weight on the servos was getting a bit much, so I dropped down to a 1,2Ah LIPO.

The second issue was that I needed a 5V PSU for the Servos and testing with a 5A PSU I realized that peak load was above 10A. I used 4 x 50 cent DC-DC adaptors in parallel to get sufficient juice. This makes the PSU part quite big. I have been considering something smarter for PSU, but the 50 cent breakout boards are hard to compete with in cost (and weight).

The control system on this prototype is an Arduino Uno with a Servo Shield. It works ok for testing, but it add up to some size (and weight).

My main concern is however the mechanics around the Servo’s. These small 9g/12g Servos are not made for continuous usage and they tend to break down during testing.