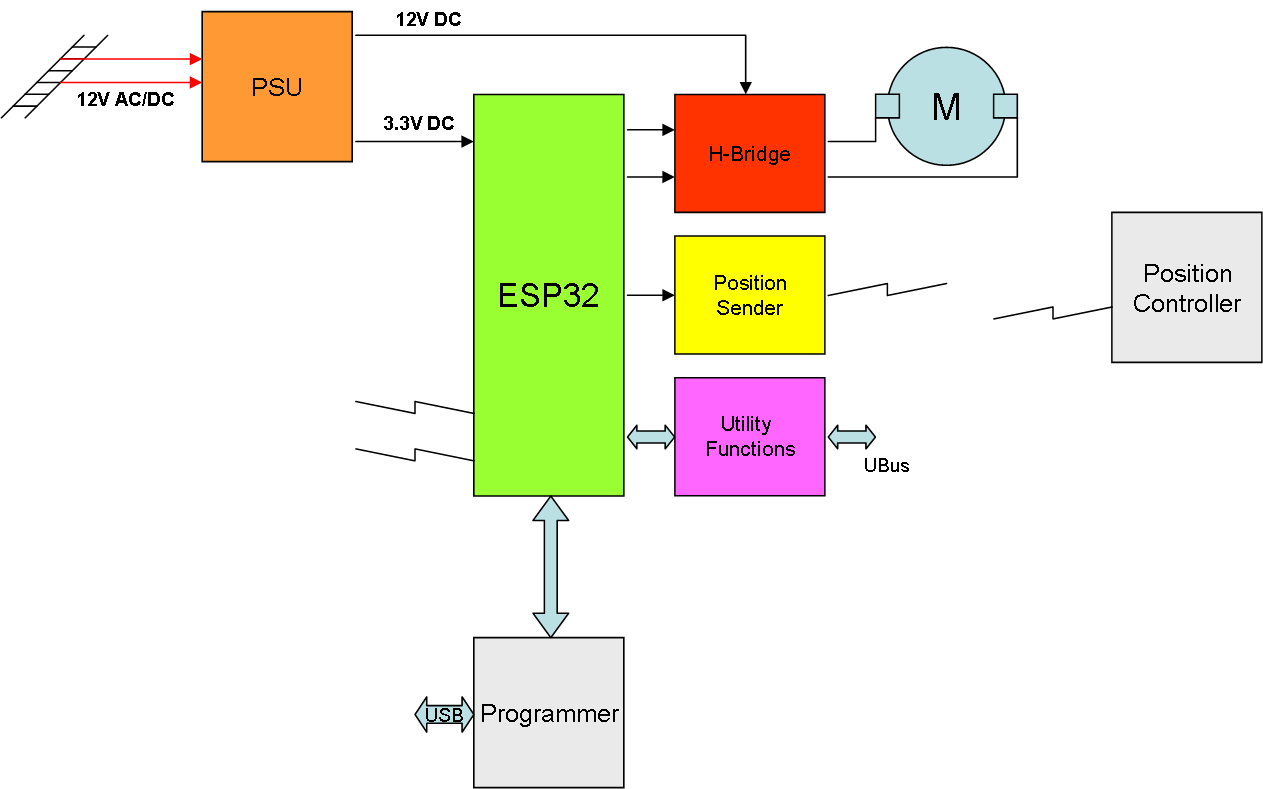 I started this blog with a Train Control System that basically failed big time on the positioning system. The solution I attempted was possible, but to large and expensive for small model trains. I later upgraded the control system to ESP32 which definitely is the path forward, but it is time to make another attempt on positioning as well. I will nor reveal the technique I will use yet, but this is low cost, small and have a very good chance of working as required.

The core functionality of the controller is a PSU consisting of a rectifier and a regulator giving 3.3V and 12V out.

A standard H-Bridge allow us to control motors up to ca 0.5A

An external USB programmer is needed since we do not have space for the programmer logic on the controller.

The main challenge I have is size – even ESP32 is a bit big, but it is new , smaller modules around. The one I will use this time have an IPEX antenna enabling us to use a smaller board and hide the antenna a convenient place. It even exist a module smaller than this, but I have not had my hands on this yet. One option here is to replace ESP32 with a smaller ESP8266 module, but I preffer to stay with ESP32.

Another option is to separate the H-Bridge and PSU away from the main controller and position them closer to the motor. The advantage with this is the obvious separation of the noisy PWM components as well as space. It would also open for different, more powerfully motors or even multiple motors. The drawback is that we end up with 2 PCB’s as a minimum.

The position sender is a bit special and the receiver will be part of my Hat based control system. I will return to this in a later article.