This new Connectivity Module have 8 x RS485 connectors. I use the front for the antenna and USB, while top/bottom for connectors that most likely will be permanently wired. 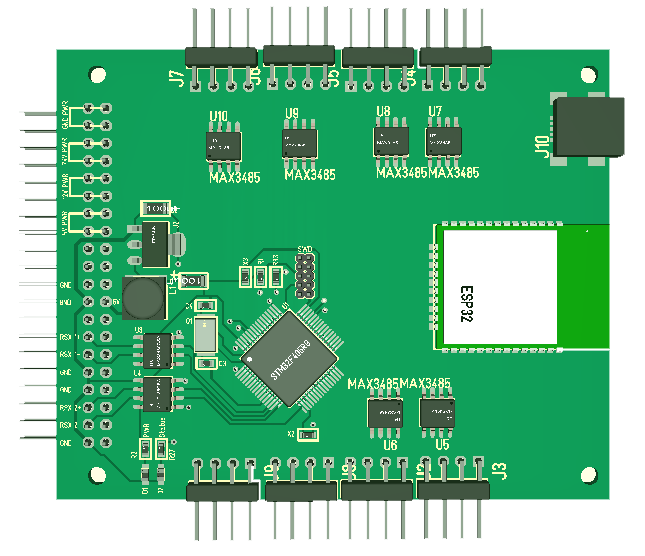 Some users would probably request both 4-wire RS422 and RS232 and I will make a board for those later. I also need a CAN board.

As for MCU power – The MCU’s above have too much/too little. For most of the things I do they are an absolute overkill. The exception is math algorithm’s where we would need the stronger Raspberry PI. The only reason I need the STM32F405 here is because of it’s 2x10Mbps UART’s used as backbone.

Just for the record – the 3D model above is just an early draft to illustrate our options. I use those right angle headers on the 3D model, but the real can be fitted with a variety of 2.54 pitch connectors.