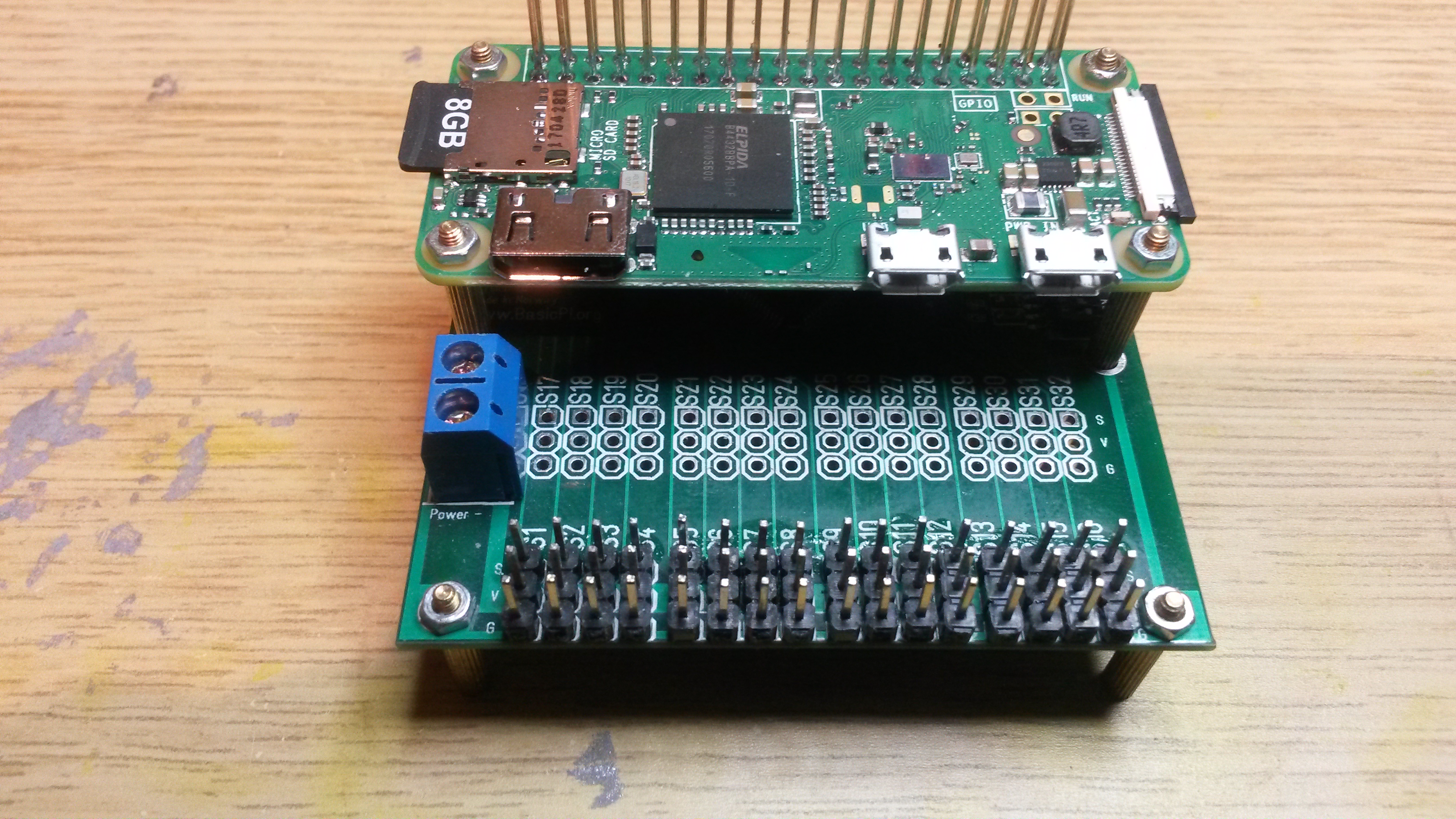 I maintain Zero mounting holes on all my Hat’s because it’s an easy & cheap way to assemble a wireless control system using the capabilities in Zero W. The picture above show Zero W on top of a 32xServo Hat. I have only populated 16 of them, but all 32 are available since the Hat fit’s nicely on the inside. The pic below show a Zero booting up with a 5″ TFT display. I tried booting the Zero W, but realized I need to update my image. 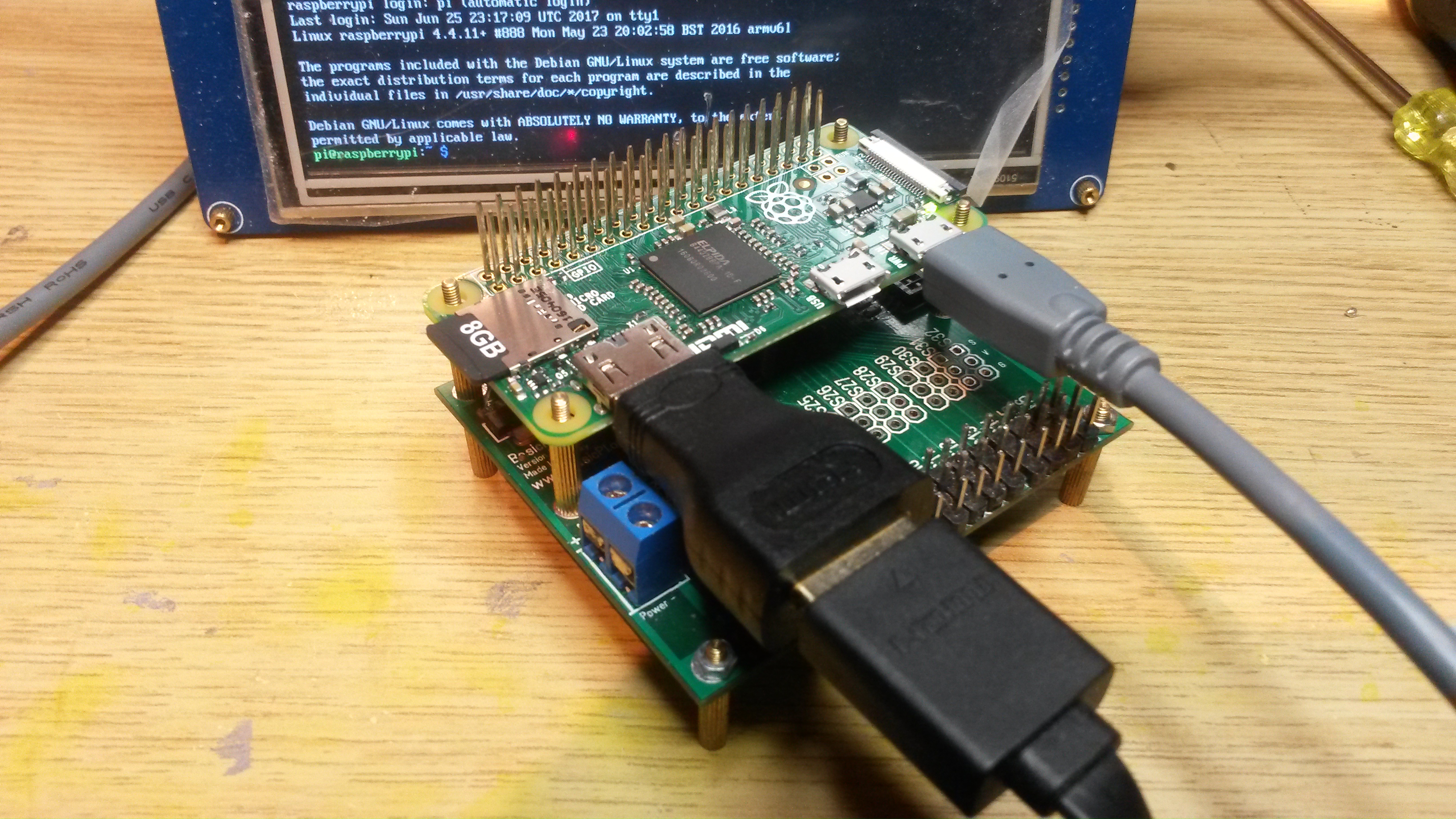 You can see the red dot from the 32xServo Hat mirroring in the display. The only practical issue here is that SWD is hard to get to – which isn’t a real issue as I just as easy can move the Zero to bottom of the stack for development – but, I did draft special SWD adapters for this purpose earlier that allow me access from the side (See 3D below).

This can be clicked on/off from the side while the Hat’s are inside a stack. The use of 1.27 pich headers is just about the right hight for this. The one thing this SWD adapter lack is a Boot and Reset button. I seldom need those, but I prefer to have them on the adapter – not waste space on the boards.

The 32xServo or 32xIO have the advantage that the signals are connected directly to the MCU. The new version (not shown here) have TVS diodes on each signal, but you can otherwise use the signals as per MCU capability for in/out. This makes this a very ideal wireless controller because you have 32 very capable channels + pointing at the obvious a Raspberry PI Zero W with camera port. I will re-assemble my 6 legged Robot with this on top later.