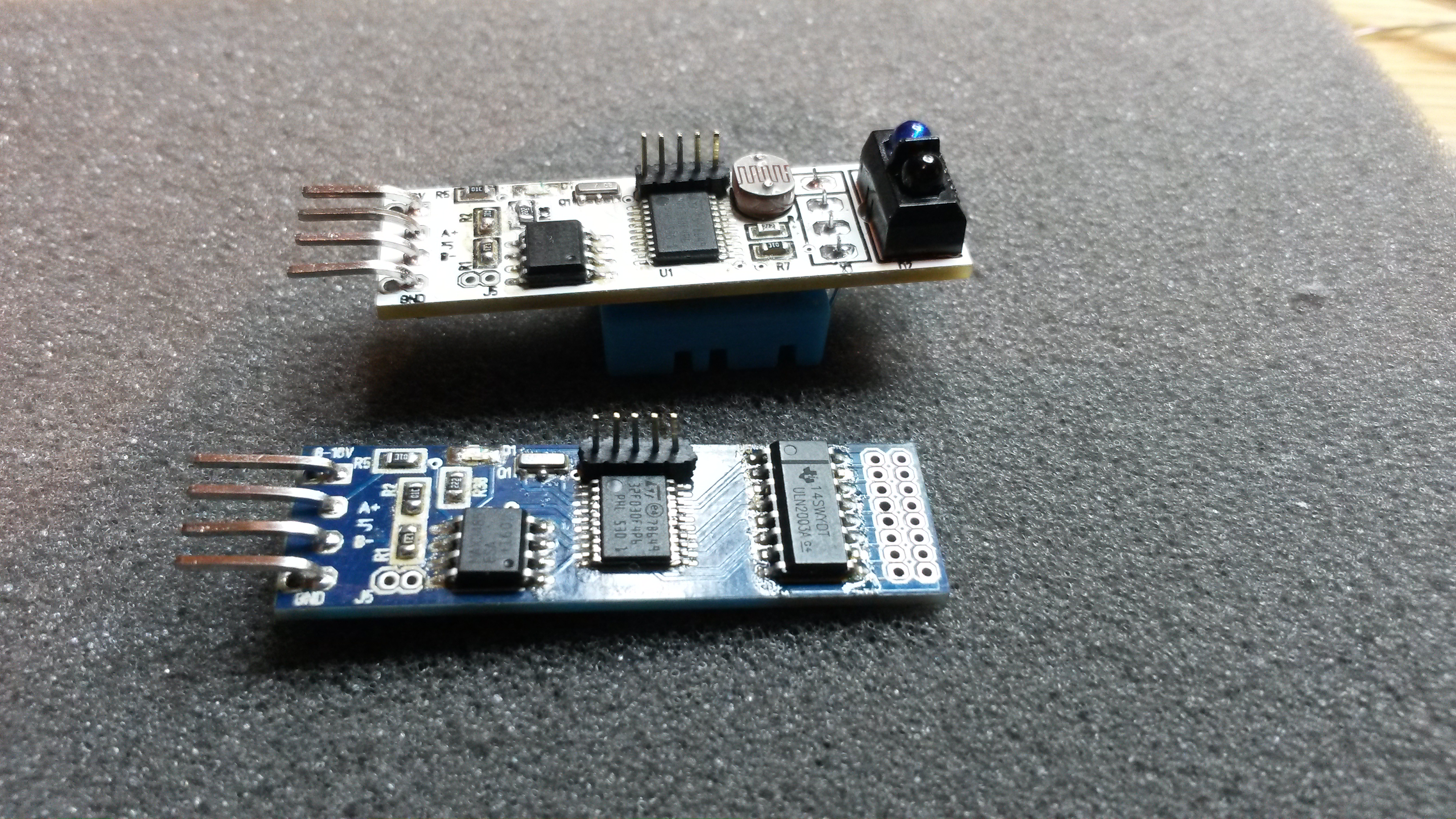 One major issue is how to identify units in a network. I used STM32F030F4 on these and I absolutely love this little MCU costing 50 cent in TSSOP20 package, but it lack the serial number that is burned into other STM32 MCU’s. This serial number is crucial as it present a factory set ID allowing me to just plug in sensors expecting them to identify themselves. STM32F042F6 solves this, but cost ca 2.- USD from the sources I use, so I am very tempted to use STM32F103C8 or CB and create a larger PCB so it becomes single sided. The later actually lower cost in production – but, lets see where we land as I update the modules.