This is my current sensor. INA210 comes with a fixed gain of 200. Other variants have different gain. I like this concept because it saves me passive components and space on a critical area + the resistors on the chip have better accuracy. R16 and C5 is the low pass filter. INA210 is bi-directional and high side. The Circuit above is low side design since I Mount IN- to ground. 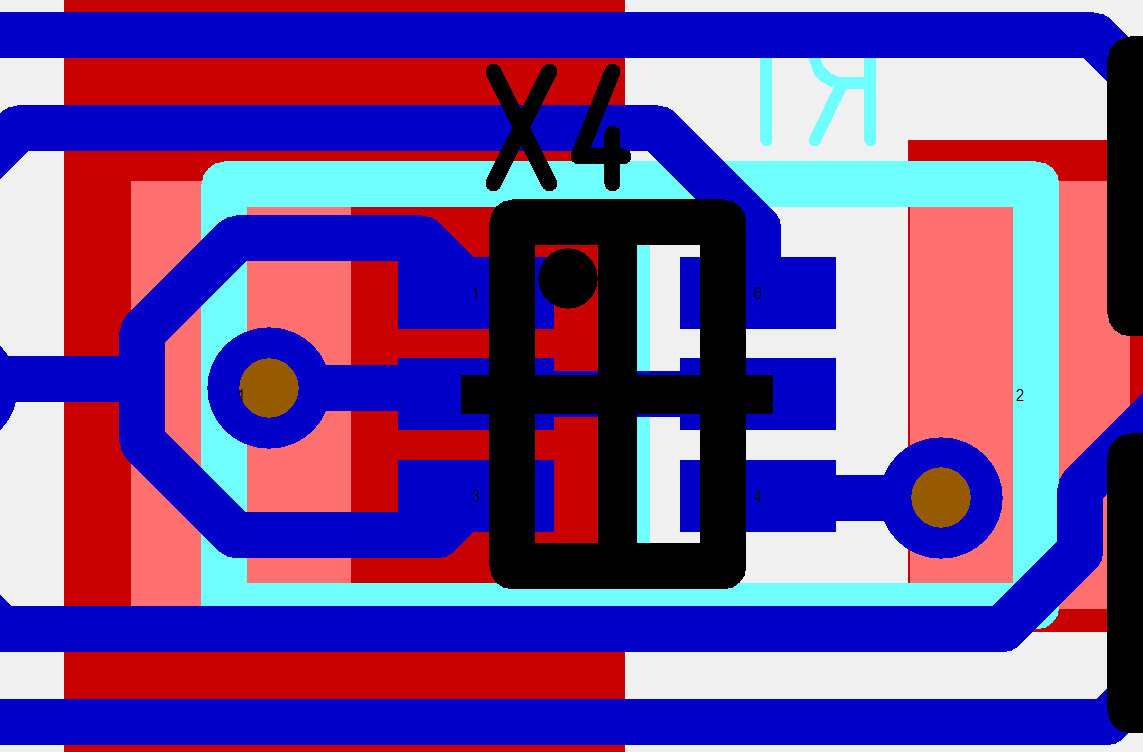 This is the PCB snip. R1 (cyan) is the current shunt. The two place via connectors are the IN+ and IN- measuring the current. I am real happy with this layout because the sensor leads are so short that it will minimize noise introduction. Notice that I am deliberatly placing the place-via on the solder pads on the shunt With virtually no distance to the INA210. The low pass filter is added closer to the MCU/Connector. The layout of this worked out even nicer than I hoped, so I will be curious to test this one to see what I get out on noise vs. signal. I am actually amazed as to how much I get out of a two layer PCB – assuming this Works as expected.

I decided to add 4 current sensors and BEMF sensors because the current sensors will be heated as well and if they fail or give errors (drift) while heated they might cause a more serious error. I basically need to test them as I burn the circuit + it’s cool to have them mounted. 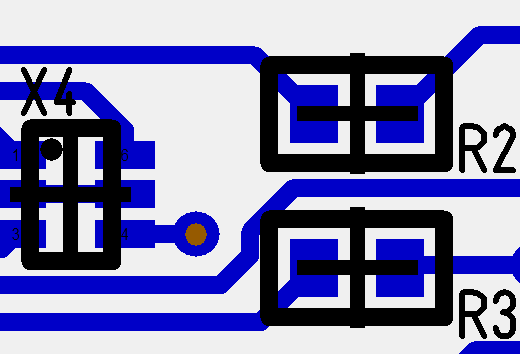