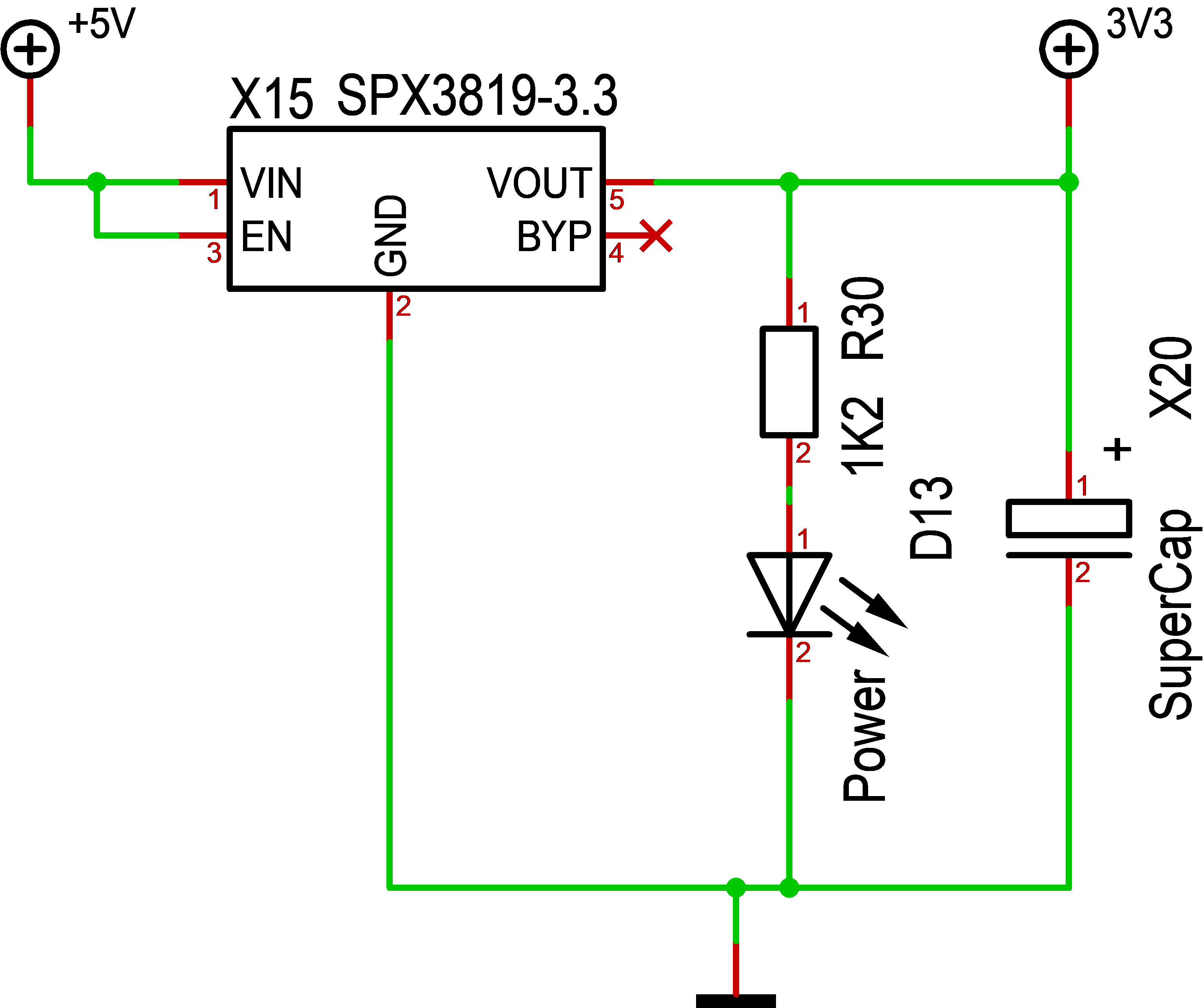 I have always added a minimum on components on my design and on the 60V/50A Motor Driver I have 4 PSU of which 3 is SPC3819. So assembling this I only mounted a minimum to get the MCU ticking and got a surprise – it would not tick. Soldering off MCU, putting it in tester and it ticks perfectly. Soldering it back on and no. Ok, soldering a 2nd unit and I have the same problem. So, I finally added the super-cap to the PSU above which feeds the MCU and voila – they both work.

This circuit mistake is pure stupidity from my side. I assumed it was so much capacitance that I could drop the standard 10uF on the output not considering the fact that without anything the smallest dip in voltage will be exposed to the MCU causing havoc. More important, I think I need to modify my designs to have a 10uF close to power input on the MCU’s from now on.

The four PSU’s are:

The MCU part have the supercap and can feed from the 12V. But, even on the 5V input from USB – no capacitor. I see the mistake – it would have a cap there if it daisy-chain and feed from the 12V, but not if it feed from USB. I don’t think the designer was fully awake the morning he drew this 🙂

The purpose of these PSU’s are that the 5V on the RPI buffer can feed the MCU without being connected to the 60V chain of destruction.

R30 has the wrong value in schematics – I always use 2k2 on leds.