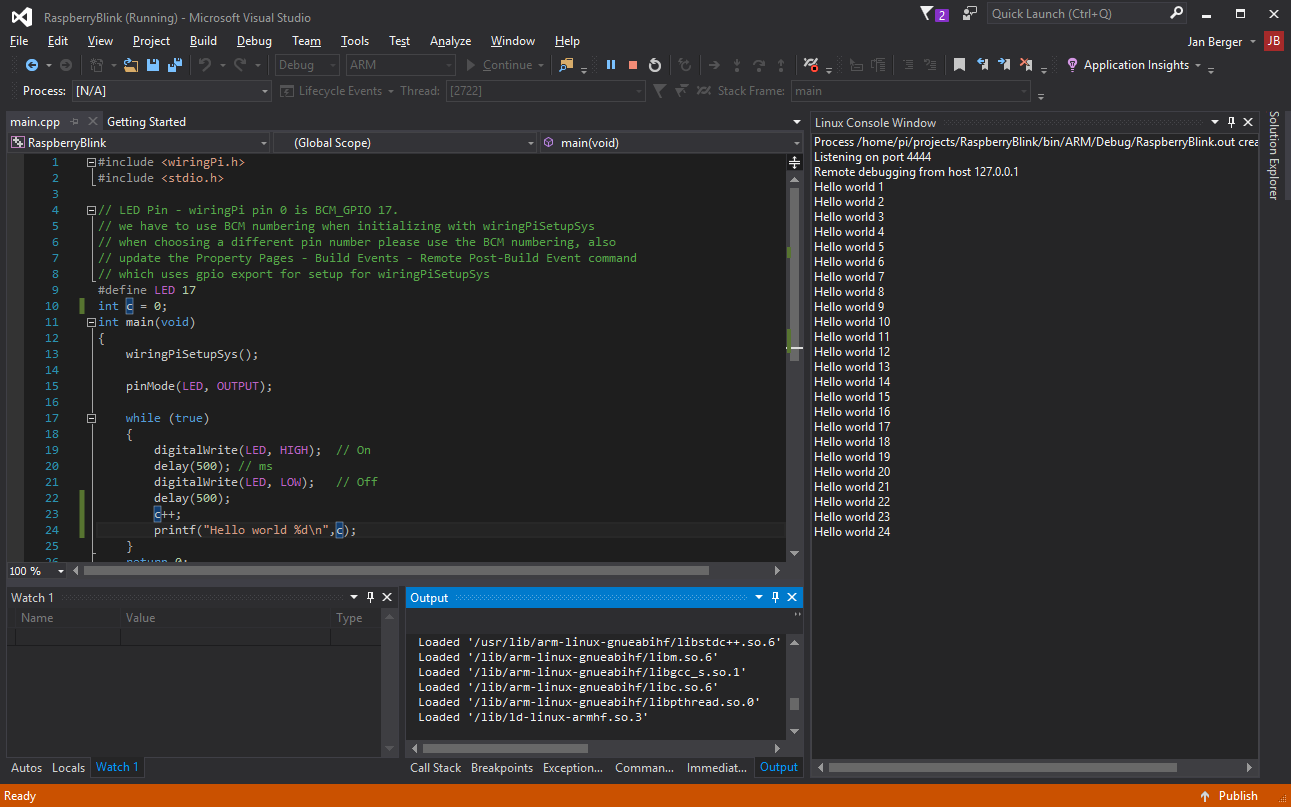 This is a dumb blink demo with a console output just to show that it actually works. I have used Visual C++ and later Visual Studio since 1995 so I am not surprised that things work smoothly. A few buttons on my PC to install this, a sudo command on raspberry pi and it just Works. The demo runs on my Raspberry PI 3, but the printf is re-routed to a terminal window in Visual Studio. I actually have a display and keyboard/mouse on the PI as well, but don’t really need one for non-display Applications. Single step debugging etc Works fine – almost as if you develope a Windows app.

I had to use VisualGDB for STM32, but the same experience. This makes my work on software so much easier because I can use Visual Studio for everything. VisualGDB is a commercial solution, but at 79.- USD I will consider a license – though I will considering hacking a free solution because it is actually straight forward.