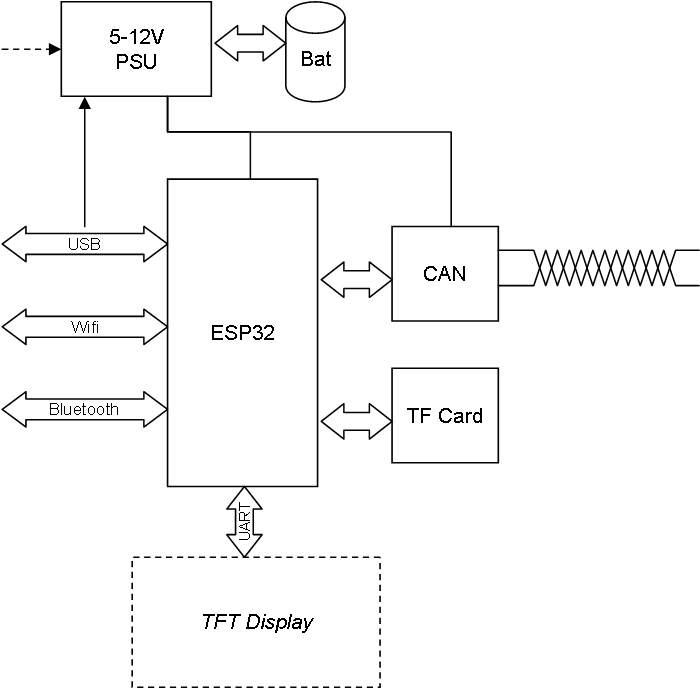 This is the same drawing as the previous post, but I added the TF Card option. Basically this is a small mini-computer Complete With display, keyboard (in the display), Wifi, Storage etc. Just for the record it actually got more “disk” and RAM than my first IBM Compatible PC.

I have never done a TF-card Interface, but I have some breakout boards laying around. As mention you can actually buy this on the NET known as “CAN32” for ca 39.-USD. It comes as a specialized breakout Board for ESP32. But, the good things is that I can easily assemble this on a vero Board to get started – and since someone else have made firmware for this we can use their project and modify it as a starting point.

What I want to achieve here is a CAN Tesrter, Analyzer & Adapter – all in one. I need CAN connectivity and I need to see what happens on several CAN Networks simultaneously. As mentioned earlier I will use a STM32 to deal with CAN and make this galvanically isolated later, but this is something I can wire up and start with while waiting for PCB’s. 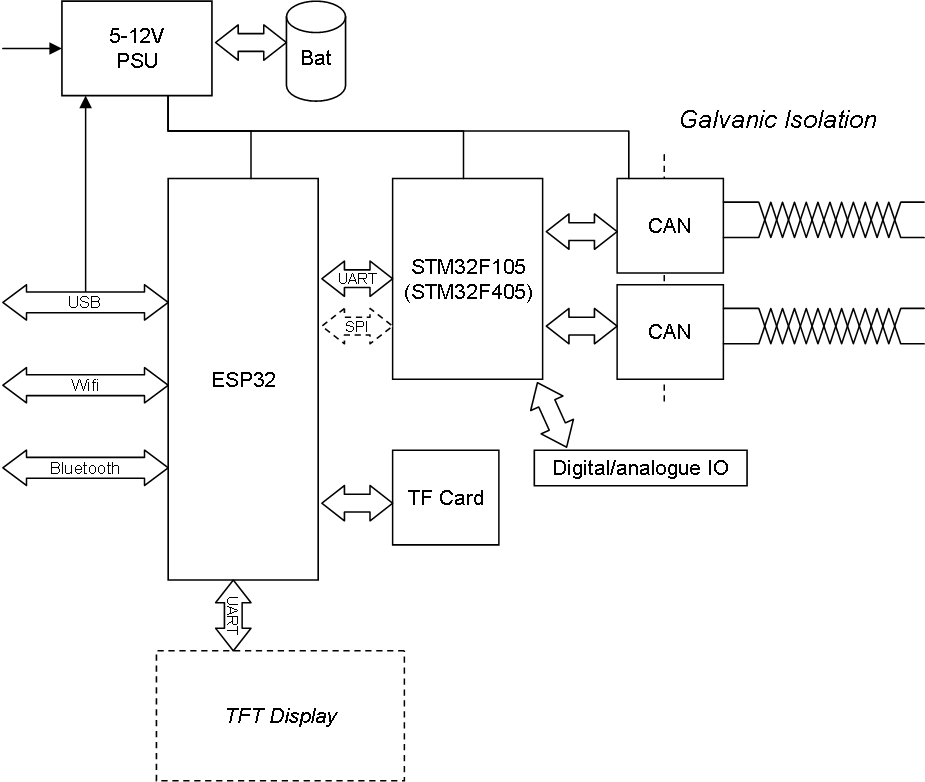 Assuming the TF Board Works out I should also add this to the larger Board. I also think I want to Mount the display on ESP32 and if I have Space add the 16 analogue IO lines from STM32 as a separate port.

This design start to make a bit sence because we now use ESP32 for Wifi, HMI, Storage, while we leave CAN and IO to STM32.

The last part of this project is boxing it. In fact, we could use Bluetooth to connect to our phones/tablets as HMI rather than adding a UART based HMI as well. With Wifi I can obviously connect my laptop as HMI, but the reason I explore other options is because my laptop usually is occupied otherwise and I need the extra screen. Fiddling around swapping screens and turning Smart Phones orTablets on/off is not always the most convenient choice, so having a physical display on the adapter is a priority IMO.

It’s only one flaw here – I am making all this for CAN while I myself am a heavy user of RS485/RS-X. The STM32 I use here have 5(6) UART’s, and if I commit on using STM32F405RG I have 2 x 10Mbps RS485 capable ports that will be very handy for sniffing on my PLC system later. Woops – wrong! Checking the datasheet of ADM2582E it supports data rate to 16Mbps! 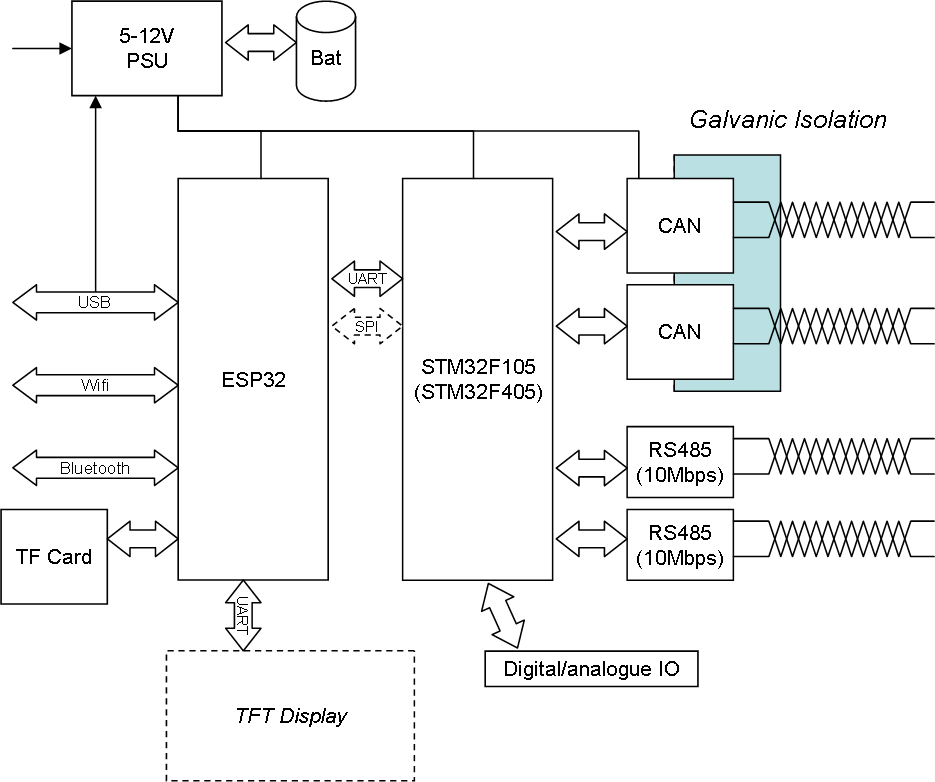 Puh – I better stop writing before I add more into this – my only concern here is what speed I can get between ESP32 and STM32 on UART or SPI. I am hoping on 40ich Mbps on SPI, but that is yet a unknown that I need to investigate. I think ESP32 is capable of this, but it’s more if I am capable of using it – lets see.