Many modern applications use custom theme/styles, but this is actually far more difficult to implement than you would expect on Windows. Windows have a lot of standard GUI components where you can control most, but not all colors and styles. So, if you want dark theme you either need to buy a library or start making custom components that actually control all colors and styles. I decided to do the later. And while at it I also add new super components to make life easier. My objective is a dark theme not so unlike the one used in Visual Studio itself. I decided to code desktop apps in C# simply because Forms have improved their graphics and C# Forms is easy to work with. 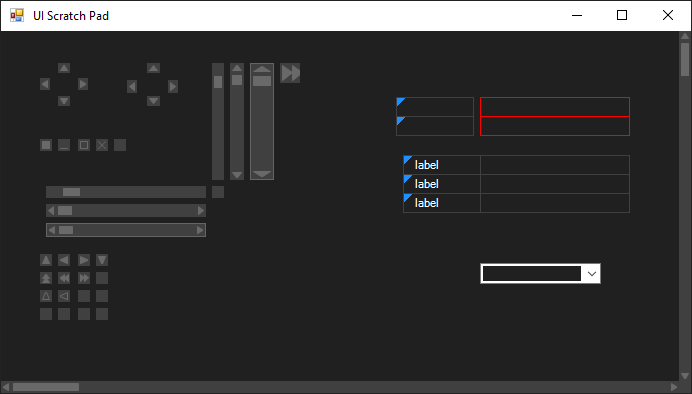 This simple app is my component scratchpad showing some of the components I have made so far. You see small buttons, scroll bars, labels and edit fields. On bottom right you see a classic Windows combo box and as you can see I can’t control border colors yet. Looking at the edit controls (top right) I almost got it right using a standard component, but I could not control the border color. What I did was to use a edit component without a border inside a custom control where I override BorderStyle. I am realy pleased with this one because an edit text component is a bit of work.

The next control I had to work on was the tab strip. I have to modify the close cross a bit, but again it is a custom control with a small button and custom label component. As you can see I still have to do the menu and windows title fields on top – in fact I want to move the menu into the caption bar just like in Visual Studio to save space. 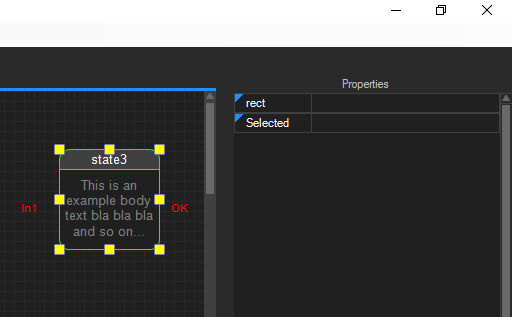 This is the beginning of my own Object Editor. I tried hard to avoid having to make this, but at the end I decided to jump into it. First of all this is a complex component as it is a simple grid with in-line editors and at the end it simply was to much that I could not control. But, having made the basic components properly it is easy to re-use them in a grid like this. I have not coded attributes properly so it just use reflection to grab a few edit fields for show yet.

This is a lot of work, but it is also fun. I want a proper HMI on my systems and I have made so much electronics that it is due time I start on the top-side part. C# also support Linux, Android and OSX. I actually ported a Forms application to Ubuntu once with just some minor changes. It will be a bit more work to port this HMI framework, but one step at the time. At this time I want to get the designer working and C# is the fastest way forward.