I did the PCB for this motor controller before I moved on to do a lot of other Hat’s and added it to a batch as I ordered PCB’s later. I obviously did not spend much time looking over the design. Looking at the capacitors I realized that ground plane was broken between capacitors and ground in. It is connected though the long way around, but a few simple changes and it is directly connected as these pics shows.

The picture above is rev 1.1 where you see that orange and pink is not connected. On the picture below I have moved things around so we get a direct Connection. I see a lot of optimization options on this design. 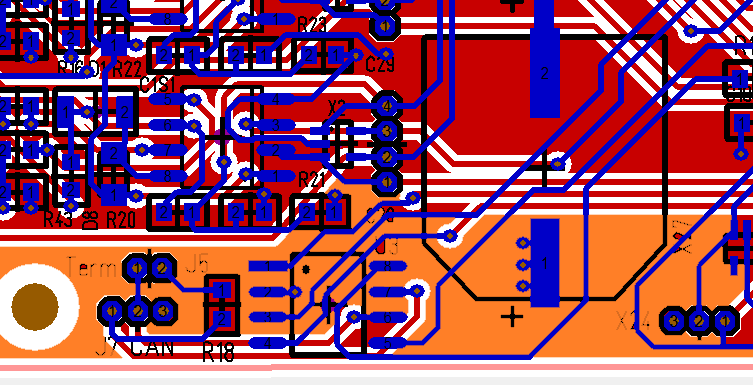 This is not in the main current path so it is not critical, but I like as much of ground plane to be connected as possible.