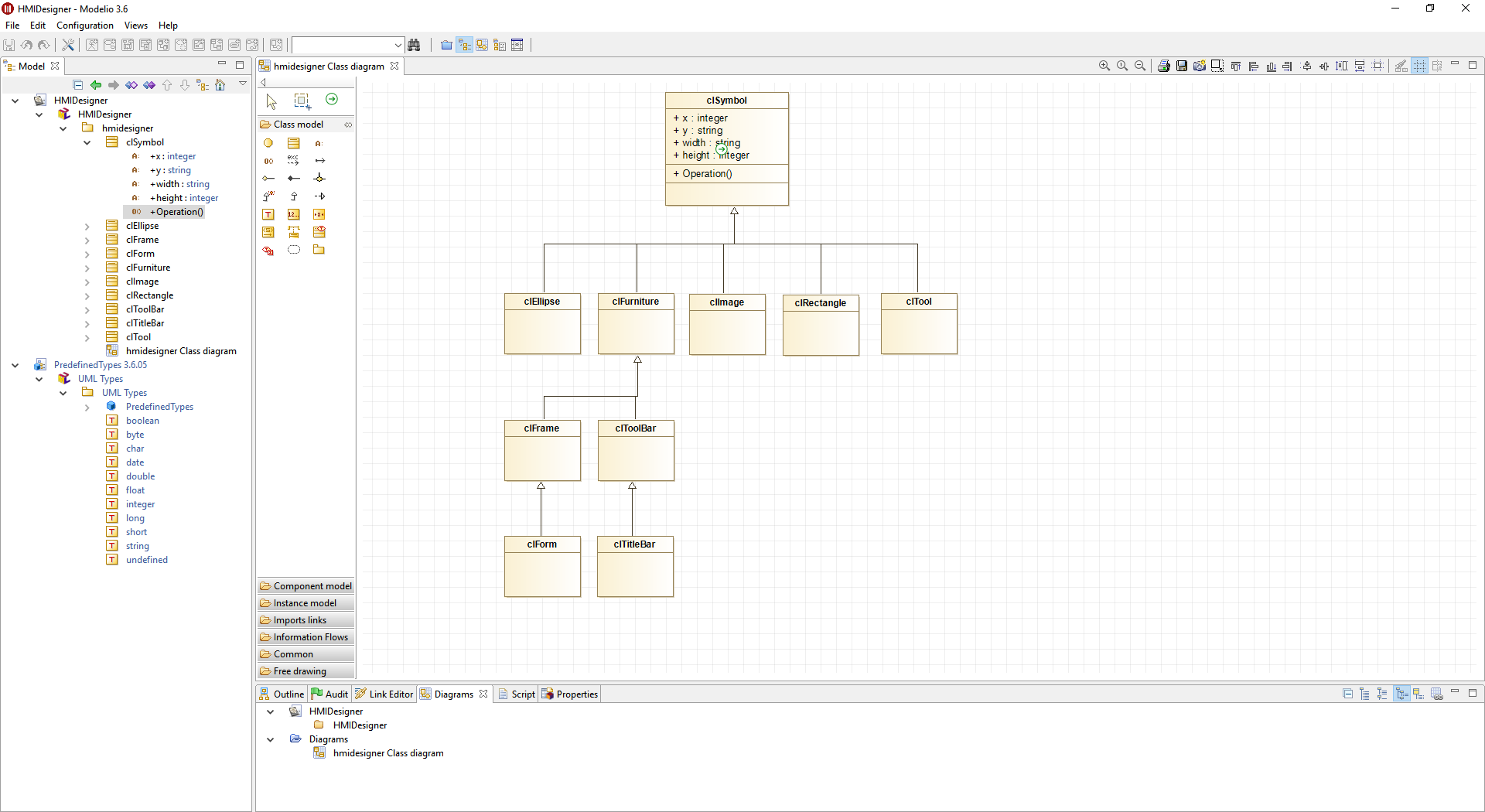 Testing a new UML tool “Modelio”. This is a GPL, open source. Obviously made in and for Java. I quite like parts of the tool, but I admit that I find it a bit slow to work with yet.

They have however done some clever thinking around lines in the class diagram. Rather than having separate lines the tool allow lines for inheritance to be combined. Inheritance symbol (triangle) is a bit small for my tastse.

Saving a project is slow so I suspect the format is a database rather than XML. I find it a bit clumsy to add attributes and functions to class, but I also admit that I don’t know the tool yet.

What I don’t like with some Java applications is that you actually notice that it is written in Java – it is that slow. But, speed of the app itself is not critical, more critical is the speed of work once I know the tool. I did however like that I can edit directly in the tree at left, so speed here might be an issue of learning the tool.