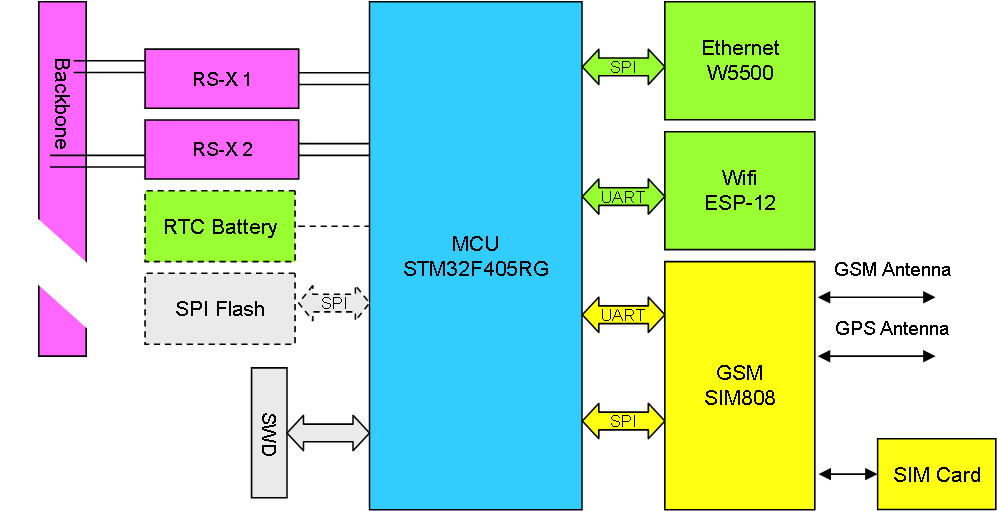 Choosing GSM modules is a pain, but I landed on SIM800/SIM808. The difference is that the later contains GPS for an additional 4.- USD. I was first tempted to save those, but decided that a GPS add a very nice function for anything that is mobile. At a price of ca 10.- USD this is still affordable – so here we go – updated draft of the Ethernet module above and the RPI module below.  The only reason to chose SIM800 would be price, but I actually expect these prices to drop. 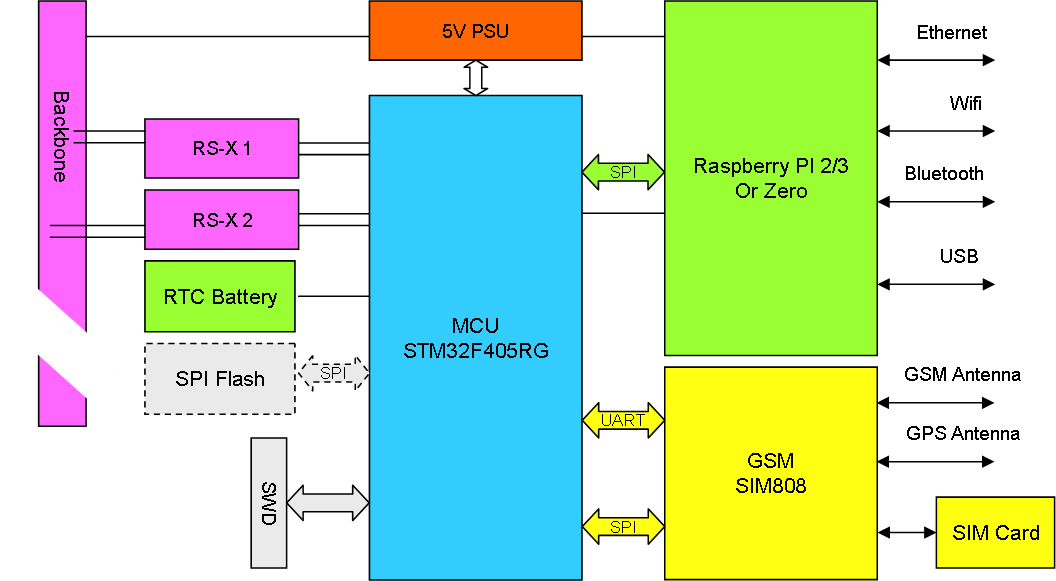 As mentioned earlier the RPI version will be a Hat that also plugs into the PLC backbone. I will work on the layout details – RPI is a bit tricky as it has connectors on 3 edges.

The reason I want both these are because I want an alternative that don’t include a Raspberry PI due to size, cost, slow start-up and SD-card (in)reliability. I am not blind for the option to combine these two into one – making Raspberry PI an optional add-on module.