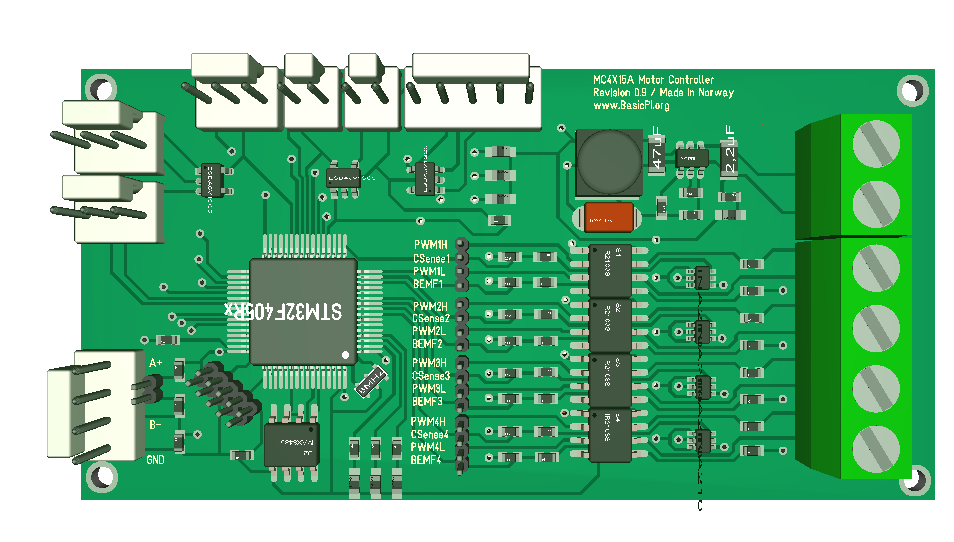 First actually finished draft. I call it 0.9 because I plan some minor changes before I send it out. Firstly the size did not work out as expected. I ended  up using 40mm width due to the MCU and mount holes. I first extended it at bottom to get M2 mounting holes. Later I had to extend it on top because routing was getting tight. It’s a combination of all the connectors and using so much of the MCU that drive the size a bit on 2-layer + in this case a bit of bad planning. But, well – 80 x 40mm with all the features added and proper mounting holes is not that bad.